From ComicCon 2011, an interview with Parminder Nagra – who plays Lucy Banerjee in upcoming show Alcatraz. 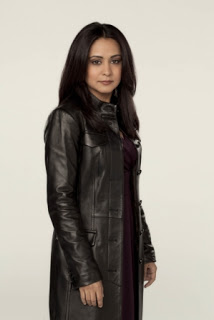 Can you talk a little bit about your character on the show?

Parminder Nagra: I play Lucy Banerjee, I’m a lab technician and I am essentially playing Sam Neill’s right hand person – he plays Emerson Hauser – and I’m like the science and the brains. I’ve had various conversations with Liz Sarnoff and I think she’s going to be a bit of a tough nut to crack if I’m on point, but I’m excited to see what happens.

What exactly is a lab technician doing at Alcatraz?

– She’s figuring out all the nuts and bolts, anything that is technical or science-based, they are going to turn to me and ask me, and hopefully Lucy will have the answer.

And what’s the main premise of the show?

– There are a bunch of prisoners that disappeared in 1963 – that we do know – and they start to come back in the present day, and my part, and Sam Neill’s part, we are the new Federal Agents that come back and investigate these happenings that are going on.

You seem to be good, but then you also could be bad. You kidnap Jorge and Sarah at one point, don’t you?

– Yes we do. We gas them. But we have also been working on this for a very long time.

What really attracted you to this project at first?

– These guys really. It’s hard not to get excited when you’ve got somebody like Liz or J.J. (Abrams), and now with Jack Bender on board, it’s just a good pedigree of people. And then when you hear that you are going to be playing Sam Neill’s right hand person, that’s not a bad gig at the end of the day. To me, you just know you are in safe hands. But more than anything else, knowing it is a J.J. show just meant I was super excited, to be part of that is amazing.

Were you looking specifically to get back into serialised television?

– Well, I was ready to go back to work again, and it was just a bonus that it was a J.J. show. But yes, I think I am ready to get back on that horse again. 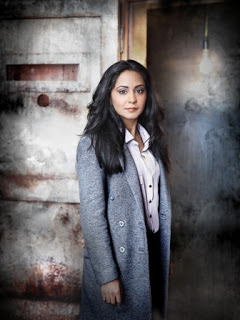 What was your initial reaction when you read the script?

– I wanted to know what happened next. It was intriguing. It’s a J.J. Abrams show, so it’s wrapped up in mystery and I wanted to know more, and to me, that’s a good sign of a pilot – that you want to know what is going to happen with each of these characters. It would be so unfair if it was just the pilot and that was it – I feel like it needs a chance to be explored a little bit more and delve into those characters a little bit more. It needs that chance of exploration.

Is it difficult to keep secrets about the show to yourself and not give spoilers out?

– No, it’s not that tough because we haven’t been told too much ourselves. But I think even the trailer sets up so much intrigue and you just want to know what happens next.

– I know something. I think there are certain personality things or certain story points – like agendas and things like that – that I think are useful to know, but to me what’s exciting is going to be the reveal of each episode. Hopefully it is just going to open you up to more exciting things, week by week. That’s what’s intriguing to me. 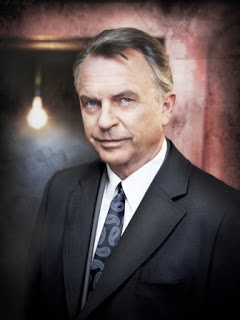 Your character would seem to be one that will eventually know more than most, being Sam Neill’s right hand person.

– I guess I eventually will. It is fun. I think Lucy does already knows more than she is letting on.

How was Sam Neill to work with?

– I was a big fan of his, so it was nice to work with him. He is very funny. It’s always quite scary when you first meet someone because you don’t know what they are going to be like, especially when you admire them as well – it could go either way – but he was just a good laugh, actually.

We have heard that you got to actually visit and film at the real Alcatraz for the pilot, so how was that?

– I didn’t. I was actually one of the ones that didn’t get to go. I was too busy in my lab, tech-ing away.

What are you looking forward to most in the show?

– Just seeing how it all unfolds really, I think, because I don’t really know what’s going to happen next, so it’s going to be interesting to see what the writers pull out of the bag. I think it’s just going to keep people guessing.

Is this your first time at Comic Con?

Did Jorge Garcia give you any tips on how to survive?

– He didn’t. He just let us experience it all for ourselves. We went out onto the floor and there was a gazillion people out there which was pretty amazing. Everybody was very nice, very down-to-earth. It was very chilled. People seemed to be having a really nice time.

After a big signing session, do you feel your signature has improved?

– I always think my signature looks like a fly. But I have really enjoyed actually talking to everybody that comes by, at the signing, so it’s been fun.