This is a blog about films, books, TV shows, music, costume dramas and the people who are involved in any of those things. The reviews may also be poorly edited because I tend to post before reading things through properly, and then I’ll come across a post years later and go “yikes” and update it then.

What I do here:

What I don’t do here: 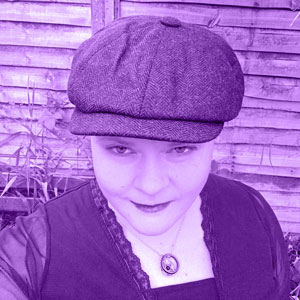 Traxy likes things with a good story, and will watch anything if it has an actor in it she likes, no matter how bad it is. She’ll also ramble on incessantly about things she happens to take a shine to, a bunch of which can be seen on the banner above.

Being very introverted and reclusive, this self-proclaimed geek does tabletop roleplaying a few times a week, likes taking the camera out for a spin – she finds Germany’s many castles and Altstadts infinitely photogenic.

She’ll also refer to herself in the third person if she thinks she can get away with it.

Born in Sweden in the early 1980s, I moved to Nottingham in the heart of England in the mid-noughties. There, I dwell with my husband (henceforth referred to as “Mr T”) and Team Cat (Monkey and Elbie).

In real life, I’m a freelance web administrator/analyst and web/graphic designer with a “degree” in commercial radio production and broadcasting. I do bits of creative writing and make handcrafted wands on the side. I score highly on “do you have ADHD?” tests, which I should probably see someone about. I have suffered with lipoedema since childhood, so on a classical stage I’m more physically suited to opera than ballet. 😏

In May 2010, Maria Grazia at FLY HIGH! interviewed me in her series of Blogger Buddies, so if you want to know more about me, that’s a good place to go! 🙂

Why not drop me a line? (Or, y’know, maybe don’t.) Find me on Twitter @area53uk, Instagram @area53uk, or look up Area53 on Facebook. I’m most likely to respond on Twitter, because emails make my executive dysfunction kick in.