Today we’ll be talking about the Royal Opera House’s 2017 production of Il Trovatore by Giuseppe Verdi, libretto by Salvadore Cammarano. The production was directed by David Bösch and conducted by Richard Farnes.

Il Trovatore first premiered in Rome in 1853, and is set in early 15th Century Aragon in Spain during a time of military unrest. It opens with Count di Luna’s commander Ferrando (Alexander Tsymbalyuk) telling his troops about how Count di Luna (Vitaliy Bilyy) once had a little brother, who was cursed by an old gypsy woman. The family retaliated by burning her at the stake, but a baby’s remains were later also found in the ashes. The di Luna baby burned with her.

Leonora (Lianna Haroutounian) and Manrico (Gregory Kunde) are in love. Manrico is the son of a gypsy, Azucena (Anita Rachvelishvili), whose mother was the woman burned at the stake. Manrico also happens to be on the opposing side from di Luna, who wouldn’t mind having Leonora for himself. But there is more to this story than a simple love triangle.

This discussion contains spoilers for both plot and ending.

Francis: We’re back, and we’re talking Il Trovatore, The Troubadour. Any first thoughts?

Traxy: The leading man reminded me of what James May might have looked like if he was the Tiger King.

F: Because of the outfit?

T: Yes. Leopard print really isn’t a good look on anyone except actual leopards, to be honest. Manrico looked more like a sleazy used car salesman or something in that leather jacket rather than romantic hero. Did I mention I’m not a fan of leopard print in general?

F: What about the other outfits?

T: The rest were fine. Military outfits are pretty standard. I liked Leonora’s and Ines’s dresses in particular.

F: Any other first impressions?

T: The dolls on the caravan were creepy.

T: The plot felt less anchored in time than Norma, so that the staging was modernised didn’t detract as much from the plot.

F: You wouldn’t even know it was set in Spain without it being pointed out, but I also don’t think it mattered.

T: I don’t think so either. Do you know what I find funny? That Shakespeare set so many of his plays around Italy, and Italian composers were like “gasp, France!” or “OMG, Spain!”

F: It’s even funnier when you consider that the story it’s based on is French.

F: And sometimes they stay in France, like La Traviata and La Bohème. Anyway. What did you think of the singers?

T: They were wonderful. Some looked younger made up to be older, some were older pretending to be younger – it was a bit strange, but it’s how it goes. To my admittedly very untrained ears they all sung beautifully.

F: Were there any songs you have heard before?

F: Great! Did you enjoy hearing a familiar melody?

T: I did! It’s like “ohhh, so that’s where this is from” when a song like that comes on. The Habanera from Carmen is currently used in a British TV ad and every time I hear it I think “ah, I know the context around this now” which is kind of cool. The 5th season finale of The Good Wife used Puccini’s O mio babbino caro.

F: So it did. See? Opera gets everywhere. Even if they don’t sing the actual words, the melodies are still there and they’re instantly recognizable.

T: Operas are part of our culture even if we know nothing about them.

T: The gypsies were pretty cool. They really went to town there!

F: Lots of different characters brought flavor to the camp. What about the staging? Because the staging of Norma felt … I guess you could say cluttered?

T: At the very least.

F: This was scaled back a lot more. Dark backdrop and then a tank, or a caravan or car, or some crosses, or barbed wire. It was sparse but somehow effective.

T: I couldn’t help but worry about the people they kept throwing to the floor when the barbed wire was there. Like “careful you don’t take his eye out!” Especially the guy who was executed and then left on the stage for the rest of the show.

F: At least Leonora put a coat over him so we didn’t see him blink. Sorry, I mean, so he wouldn’t get cold.

T: Yeah. I wonder what it’s like when you play a part and your role is to lay still and play dead on stage for the duration of an entire act.

F: You better make sure you die in a comfortable position!

T: But yeah, overall I liked the minimalist approach to staging. Effective, like you said. No frills, straight to the point.

T: Okay, it also meant you didn’t get much of a feeling for the setting, but it wasn’t distracting either.

F: It did blur the lines of where people were supposed to be. A forest? A churchyard? A dungeon? Did you get the feeling they were in a guard’s room in the beginning?

T: No, I thought they were camped outside.

F: So there is also a downside to this simplicity.

T: Yeah. I wasn’t sure if they were supposed to be in a prison cell or in some kind of courtyard near the end, where Manrico sings Azucena to sleep.

F: It’s meant to be a prison cell in a horrific prison.

T: Yeah, that wasn’t entirely clear to me. The snow was cool, though. I liked that. It added to the cold bleakness of it all.

F: It is a bleak story, though. No one gets a happy ending. Then again it’s opera, so that figures.

T: The lyrics are quite gruesome in places too, like when Azucena recounts seeing her mother burn at the stake all those years ago. She gets rather graphic with her description.

F: Can’t really blame her, though. It must have been mentally scarring. It’s a horrific way to die.

T: I’ve read about witch burnings, so yeah. Back in those days it was classed as public entertainment.

F: I prefer the opera.

T: Oh, me too. One thing I’ve noticed that gets a little confusing is when there are multiple people singing at the same time and there are no subtitles – or only one person is subtitled. How am I supposed to be able to make out two entirely different sets of lyrics being sung at the same time? In Italian?! Even if it was sung in English I think I’d struggle to focus on both at the same time.

F: Although in fairness some of the lyrics are repeated, so if you don’t get it the first time around you might get it on the second.

F: So, were there any songs that caught your attention, aside from the Anvil Chorus?

T: Yes, when Manrico sings about how he’ll save his mother or die trying. I liked that one.

T: Yes, it has fire, you know? Pardon the pun. And the one where he finds out the sacrifice Leonora made.

F: Parlar non vuoi. Not bad at makin’ tunes was he, ol’ Verdi?

T: He was not, no. Manrico is such a dick in that scene, though! There she is, having taken poison after making a bargain with the Count to give herself to him in return for Manrico’s freedom, and he won’t even let her finish the sentence to tell him that actually, while she may have agreed to become Countess di Luna to save his life, she isn’t going to live long enough to go through with it. And he’s like “I can’t believe you’d sell out like that, you shameless hussy!”

F: It’s very unfair to her.

T: As the translation said, “Rather than live for another, I wanted to die as yours”.

F: A sentiment I’m rather fond of.

T: Right? It’s the ultimate sacrifice in the name of love. Leonora’s dedication to Manrico is such that she’d give up her own life in return for his, and he’s salty because he thinks she’s agreed to marry his brother of her own free will.

F: And in the end it all comes to nothing. She dies, Manrico is executed and Azucena tells di Luna he just killed his little brother, the end.

T: But at least Azucena’s mother is avenged, right?

F: That’s the problem with vendettas. You don’t get anywhere, no problems are solved. It’s an eye for an eye, and in the end …

T: Everyone ends up blind.

T: They also seemed to be blind to the fact that Leonora was carrying a bottle around her neck. Wouldn’t you ask “hey, what’s that about?” if you saw that?

T: “You’ve just agreed to marry Count di Luna despite being in love with Manrico, who is due to be executed. Hey, not to cast aspersions or anything, but that bottle wouldn’t happen to contain poison, by any chance?”

T: “Yeah, that makes total sense and we won’t worry about you potentially poisoning our boss or even yourself or anything. You carry on there with your brandy.”

T: You sound like old-timey newspaper ads. “New non-poisonous tincture! Other brands may be toxic, ladies, but this totally won’t kill you!”

F: Yeah, I get that. It was trying to pack a visual punch, especially considering how people are meant to be burned at the stake, but I found it mawkish. Trying too hard.

T: Brightened the place up a bit, though.

F: For a short while. It’s welcome in the sense that the rest of the staging is very black.

T: Who said that?

F: Some review. I might have taken it personal if it were a favorite of mine.

T: What is your favourite opera anyway?

F: That’s like asking me to choose between my children.

F: I mean, not yet, but I’m working on it. And when that day comes, I sure as hell ain’t choosing between them.

F: But I might admit to having a personal, ah, fondness for La Traviata.

T: Which we’ve recently watched! So is that the next one we’re doing?

F: Let’s keep our options open for now. Although I guess it would be good to talk about a production from a different venue than the Royal Opera House. Change it up a little.

F: Probably, but we’ll see how we feel about it. Any final words about Il Trovatore for now?

T: Umm. Okay. While bleak and modernised, it wasn’t too modernised to detract from the story. I enjoyed it, and I like several of the songs, and will in fact continue to listen to it on Spotify, and I’d like to see another version of it. See how other venues have staged it.

F: Maybe I’m beginning to be a positive influence on you. A presto! 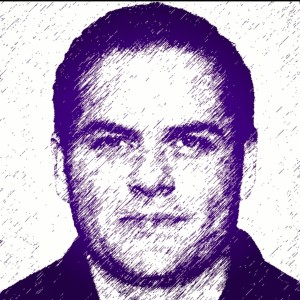 An old school gentleman in a modern world, longing for the simplicity of days gone by. Definitely not a saint. Enjoys The Sopranos and going to the opera. A meticulous dresser with Strong Opinions™ about Italian food. Wonders why "Fedora-wearing" is an insult, as he doesn't feel dressed without one.