Every Sunday this month, I’m posting pictures of a moustachioed man to help raise awareness of cancer awareness charity Movember, where blokes are encouraged to grow a ‘tache to show support for the charity.

Raising awareness for cancer while ogling hot actors sounds like a pretty sweet deal to me, so that’s how I’m chipping in this year. This is the fourth and final week, however, but it’s a good one, I promise. There’s been a cowboy, a wizard, a baddie and … finally … a hoodie goodie.

Not the sort of annoying twerp we got from the BBC series, but a proper, nice Robin Hood, played by Matthew Porretta in the (sadly) abysmal The New Adventures of Robin Hood. 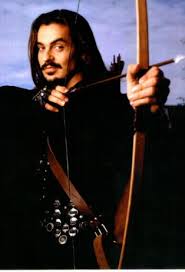 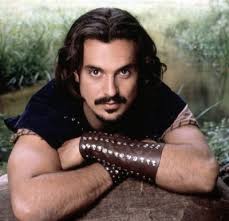 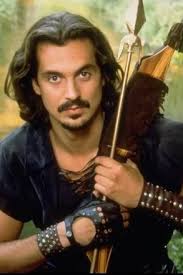 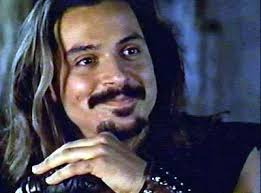 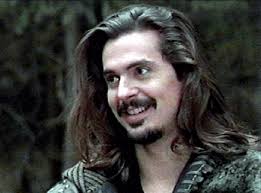 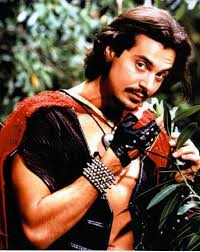 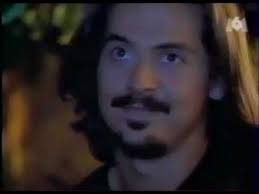 If you haven’t seen this series, the only thing you missed was Matthew Porretta, and he quit half-way through, thus rendering the whole mess entirely unwatchable. Before, I would just manage to watch it without clawing my eyes out because of this guy, and when he went … well, the less said about it the better.

If he looks familiar, he was also Will Scarlett O’Hara in Mel Brooks’ Robin Hood: Men in Tights. 🙂

If you have enjoyed Movember here on the blog, why not pop over to the Movember website and show them some love? 🙂