Every Sunday this month, I’m posting pictures of a moustachioed man to help raise awareness of cancer awareness charity Movember, where blokes are encouraged to grow a ‘tache to show support for the charity.

Raising awareness for cancer is the sort of thing I like to endorse if I can, but I can’t grow one myself, and I don’t want to see one on Mr T either if it can be helped. This is the third week. Week one had a cheeky cowboy, last week had an awesome werewolf professor wizard, and this week?

This week, it’s a bad guy! The bit on his chin and his whiskers aren’t connected, so it’s totally valid. It’s Craig Parker as Darken Rahl from Syfy TV-series Legend of the Seeker … 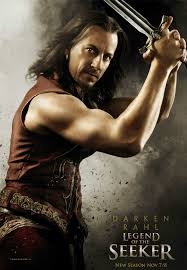 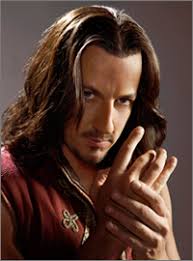 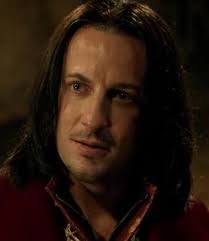 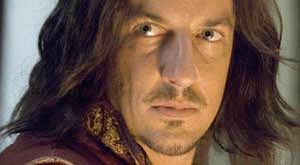 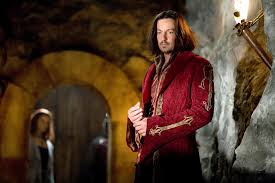 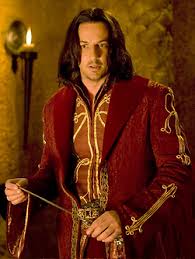 Yeah, but he does rock that hair and those red robes … and the sword. And the castles, and the magic, and you know, most things.

Next week will be the last one for this year! And he actually looks quite similar to this guy, but it’s a good guy again. Can you guess who? (It’s quite obscure.