While trying to find a photo to go with something I was writing, I came across this:

It was three stories high . . . a gentleman’s manor-house . . . battlements around the top gave it a picturesque look’

In 1845 Charlotte Brontë stayed at Hathersage vicarage with her friend Ellen Nussey and regularly visited the locally important Eyre family at North Lees Hall.  Charlotte’s letters reveal Hathersage as the village Morton in Jane Eyre (published 1847). The landlord of the George Inn was a Mr Morton at the time Brontë stayed here and she borrowed the Eyre family name for her heroine.  There’s a reference in the novel to ‘Mr Oliver’s needle factory’ in Morton, and there were several needle mills in Hathersage then.

The novel’s crenellated Thornfield is clearly based on North Lees Hall. Robert Eyre is said to have built seven houses for seven sons and you can still see North Lees, an impressive Tudor manor just a short pleasant walk from the village.  It is rumoured there was indeed a ‘mad woman in the attic’ in its early history, just like Bertha Mason in Brontë’s novel. Agnes Ashurst was ‘reputed to have become demented and was confined to a room on the second floor where the walls were padded for her safety’. She later died in a fire.

‘Ladies, keep off, or I shall wax dangerous.’
And dangerous he looked:  his black eyes darted sparks. 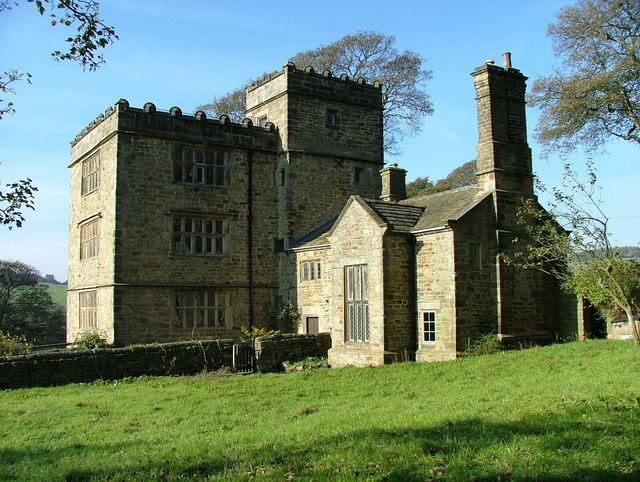 OH. MY. GODS! I had heard of another place than Haddon Hall being the inspiration for Thornfield, and saw pictures of North Lees Hall recently, but I didn’t actually know how heavily it and the surrounding area influenced the book! I have GOT to go there! Google Maps says it’ll take just over an hour to get there from where we live, so it’s perfectly doable. That can be my summer project or something. Wow. Morton, Eyre, Thornfield … they even have Jane Eyre walks around there, which I also (of course) wasn’t aware of until now.

So now, that would mean the top ten places I have GOT to visit at some point is:

Oh, so many places to see, so little time! Minyip would be higher up if it didn’t require travelling to the other side of the globe, and that’s not something you can do as a day or a weekend trip, unlike all the other nine. Plus it would cost an arm and a leg to go there, so that will have to remain a dream for the forseeable future. I hope to be able to go to Australia one day, and when I do, Minyip is right up there with Uluru when it comes to “I can’t go to Australia without going there”. 🙂

2 thoughts on “In Charlotte Brontë’s footsteps”